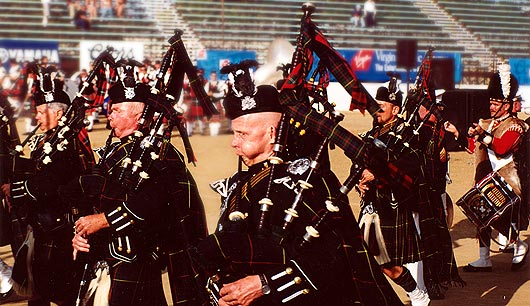 An 18-member Chilliwack based colour party will led the parade, with representation from various local veterans' organizations.

The Canadian Scottish paraded with their regimental colours under guard, and Pipe Major Roger McGuire played the lament, "Flowers of the Forest."  At specific intervals during the unveiling ceremony the Pipe and Drum bands performed.  The Chilliwack Middle School Band played a selection of First World War songs, prior to the commencement of the ceremonies.

Following the unveiling the regimental bands and the Chilliwack and District Pipe Band marched through the streets of Chilliwack on three separate routes, meeting up at Evergreen Hall.

In attendance were Provost Patrick Connelly and Deputy Council Officer Lauire Marshall of North Lanarkshire, Scotland and at least 30 members of the Richardson family.