William and Mary Jane (Town) Chadsey came to Sumas (now Greendale) in 1866, pre-empting 160 acres of land near the south end of Chilliwack Mountain. Following the flood of 1894 they moved to Majuba Hill with their 12 children. In 1900, William Chadsey opened a post office in his home on Majuba Hill Road, near Robinson Road. He was followed by James Hounsome in 1912 who relocated the post office to his home on the north side of the British Columbia Electric Railway tracks that are located adjacent to this park. The post office moved again in 1927 when Eva Siddall became the postmistress. The Siddall home, store and post office was located on this site. (William and Mary Jane Chadsey, Chilliwack Archives photo, P210)

Built in 1910, the railway established a vital transportation link between Chilliwack and Vancouver. The view from the Yarrow Station would have been of the 10,000 acre Sumas Lake. When the lake was drained in 1924 a new tract of farmland became available for settlement. When Mennonite families moved to Yarrow in 1928 and later, their first view of their new homeland, after arriving on the railway was this vast new tract of farmland and the future site of the community of Yarrow. (B.C. Electric Railway Station, Ted Driediger drawing)

The Siddall home and store

In 1927, the Siddall store became the site of the post office. The river rock chimney remains in its original position while the home and store fronted on the New Westminster Yale Wagon Road. This remained the Yarrow Post Office until 1948 when a new building was constructed on Yarrow Central Road. Photographs show Eva and Bill Siddall and their family.

Sumas Lake was a vast expanse that stretched across the Fraser Valley. Before it was drained in 1924 early travellers along the New Westminster Yale Wagon Road would have enjoyed a panoramic view from Majuba Heritage Park. (Chilliwack Archives photo, ca. 1915. P1481)

A view of the William and Mary Jane Chadsey family home on Majuba Hill shows their small two story wood frame house surrounded by tree stumps from the cleared forest. They built this new home on Majuba Hill, overlooking Sumas Lake, ca. 1895. William Chadsey was the first postmaster in the area and operated out of his home. Majuba Hill was named for the decisive 1881 battle, lost by the British, when they attempted to maintain control of South Africa during the first Boer War. (Chilliwack Archives photo, ca. 1895. P2002 52) 16

After Sumas Lake was drained, the land became available for settlement. By 1928, the community of Yarrow was born when Mennonite families who were uprooted from Russia began settling on the newly created farmland. (Chilliwack Archives Accession 2000 29)

Old trails and roads through the area were generally located on the higher ridges or adjacent to the foothills that surrounded the valley. In 1865, a primitive sleigh road was built connecting New Westminster to Fort Yale. This road was upgraded to a wagon road by 1875, as a viable winter alternative to travel on the Fraser River. The New Westminster-Yale Road skirted Sumas Lake by travelling along the base of Vedder Mountain. This road remained as the main road through the Fraser Valley until the 1920s when a more direct link to Vancouver was established. 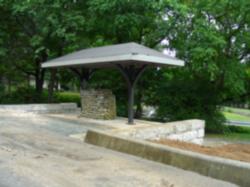 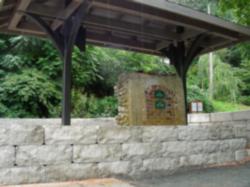 Adopt a Park/ Adopt a Trail

The City of Chilliwack has partnered with a number of local organizations and non-profit groups to develop an Adopt-a-Park and Adopt-a-Trail program. Groups volunteer their time to cleanup parks and trails in Chilliwack, to keep the community looking its best!

Created as a supporting document to Chilliwack's Official Community Plan (OCP) the Greenspace Plan and supplementary Trail Network Plan sets out the City's goals and visions for developing new parks and trails over the coming decades.

The City of Chilliwack has over 100 parks and natural areas which together make up over 400 hectares of green space.

A listing of cycling / hiking trails in Chilliwack and vicinity.

With the changing weather these days, it’s easy to check the status of Sports Fields online.