The City of Chilliwack has an extensive dyking network to protect the community from floods on the Fraser and Vedder River systems. The City inspects and maintains the dykes and related infrastructure on a routine basis to keep the system functioning as designed.

In 2014, BC Ministry of Forests Lands and Natural Resource Operations completed a study which updated the estimated flood water elevations for the Fraser River. The elevations are based on a Fraser River freshet of the same magnitude that occurred in 1894, which is the flood of record.

The new predictions for flood water elevations are similiar to hose determined by Northwest Hydraulic Consultants in 2008 and significantly higher than previously estimated in 1969 and 2001. Since the 1969 modeling had been the basis for designing the Fraser River dyking systems, many sections of the dyking network require substantial upgrades.

Chilliwack is not the only community affected by the new flood modeling results. The new study revealed estimated flood water levels higher than previously estimated in 1969 for almost every location along the Fraser River from Chilliwack to Richmond.

In Chilliwack, some dyke sections are sufficiently high, but many of the dykes need to be raised. Most of the dykes are high enough to meet the new estimated flood water elevations, but they lack sufficient freeboard. The provincial standard for Fraser River dykes is to meet the flood profile plus have 0.6 meters (2 feet) of additional freeboard. In the worst locations, however, the dyke crests would be overtopped by water levels associated with the 1894 flood of record if they are not raised. In these locations, the dykes need to be raised by up to 0.8 meters.

While our dykes require raising to withstand a flood of the same magnitude as the 1894 event, the chance of the 1894 flood recurring in any given year is very low. It is more likely that a flood of smaller magnitude would occur, and Chilliwack’s dykes are high enough to withstand fairly large floods, similar to the flood of 1948. The City of Chilliwack has been undertaking extensive dyke upgrade projects over the past decade. A summary of recent project is provided below.

East Dyke (Young Road) Dyke Upgrade Project: Approximately 1 kilometre of the East Dyke along Young Road between Cartmell Road and Hope River Road was upgraded in 2015. The project was funded two-thirds through the Provincial-Federal Flood Protection Program and Building Canada Fund and one-third by the City of Chilliwack. Total project cost: $2,340,000. 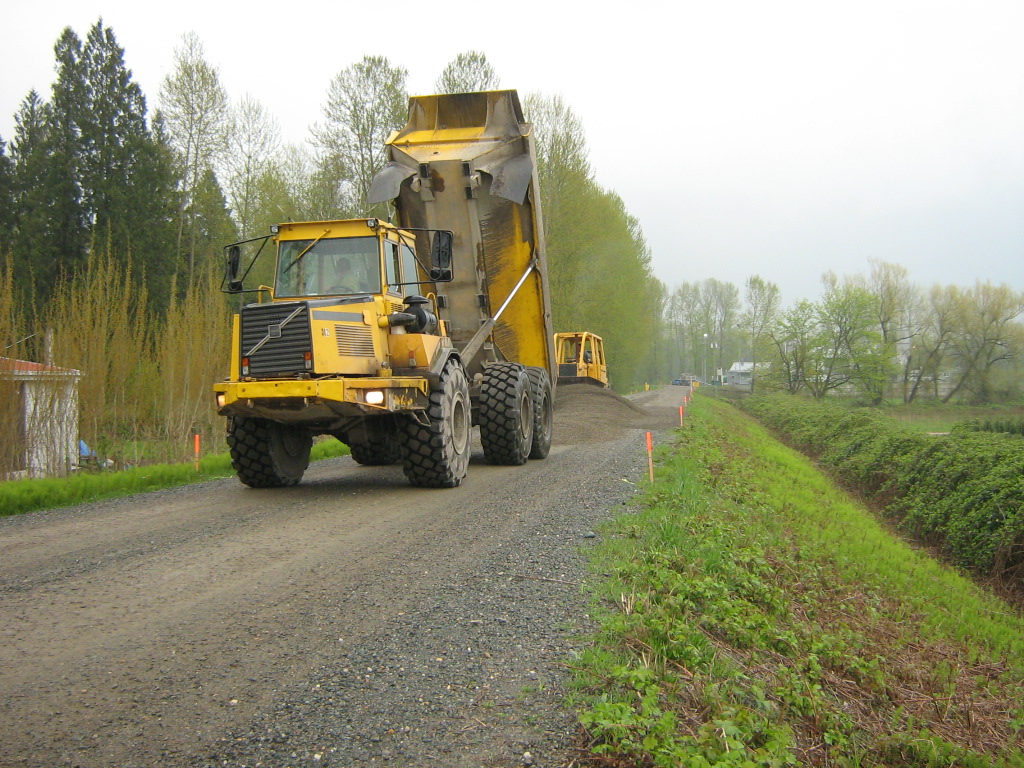 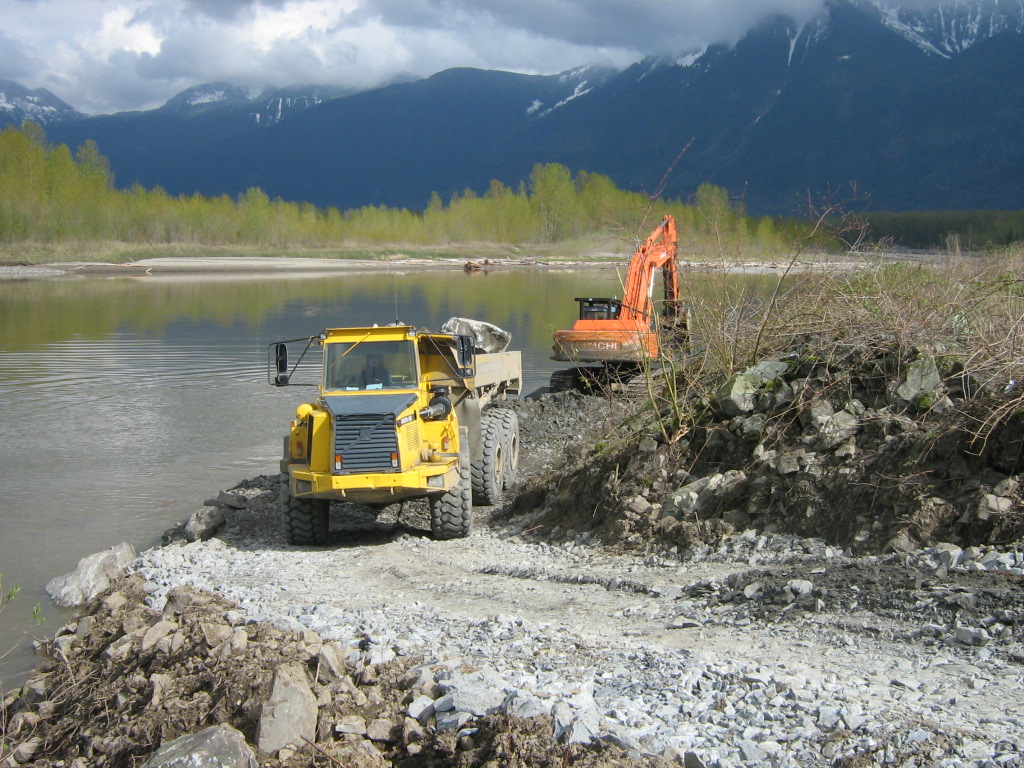 West Dyke Upgrades (Left Bank): Approximately 4 kilometres of the West Dyke along the Vedder Canal and adjacent to Yarrow were upgraded in 2010. The project was funded two-thirds through the Provincial-Federal Flood Protection Program and Building Canada Fund and one-third by the City of Chilliwack. Total project cost: $2,900,000.

East Dyke Upgrades (Greyell Section): Approximately 5.3 kilometres of the East Dyke near Jesperson and Gill Roads were upgraded in 2010. The project was funded two-thirds through the Provincial-Federal Flood Protection Program and Building Canada Fund and one-third by the City of Chilliwack. Total project cost: $1,200,000.

West Dyke Relief Wells: 80 new relief wells were installed along the West Dyke in 2008 to improve seepage control. The project was funded 100% through the Provincial-Federal Flood Protection Program. Total funding: $1,008,000.

Fraser River (CHIP) Bank Protection: Bank protection upgrades were completed along a 300 metre length of the Fraser River bank, downstream of the Camp Hope Intake. This was the second phase of bank protection work, with phase one completed as emergency work in the spring of 2007. The project was funded 100% through the Provincial Flood Protection Program. Total funding: $164,000.

2007 Urgent Mitigative Flood Works:The Provincial Government approved $3,753,000 in funding for urgent mitigative flood works in Chilliwack prior to the 2007 freshet. This funding was used to raise low portions of the East Dyke, which extends from Highway 9 to Young Road as well as the Wing Dyke. A small portion of the funding was also used for localized bank armouring.

Additional flood protection upgrades are planned for the coming years, as the City applies to the new annual Provincial-Federal Flood Protection Program. This program commits $20 million per year to fund flood protection projects throughout the province.